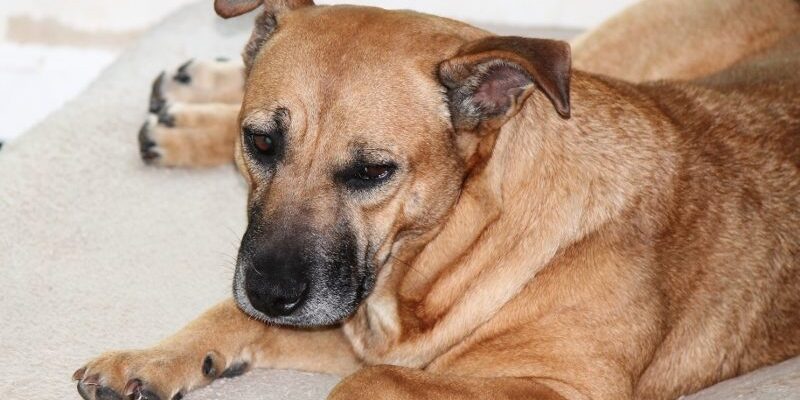 We just adopted a new dog. In the process, I discovered that I had been holding on to LIMITING BELIEFS and assumptions that were holding me back and trapping my freedom. But I had NO IDEA. Really. In the spirit of Independence Day, I want to share my experience with you. Beware, something similar may be happening in your life or business as well. Fear can take many forms. Here’s the story.

We’ve had multiple dogs for years, but for the past two years, Mel has been our only dog. Mel is 10 years old and has extreme thunderstorm phobia (he overrides anti-anxiety pills, melatonin, the Thundershirt, and music-therapy). We told ourselves that we couldn’t get another dog since a new dog may take on Mel’s phobia. We didn’t feel it would be responsible to subject another dog to that unbalanced state. Sounds reasonable, right?

But here’s the truth: thunderstorm anxiety aside, Mel is one of the most balanced dogs I’ve ever met. He’s one cool dude and fantastic with other dogs, people, and all kinds of situations. But we were allowing his thunderstorm anxiety to control our beliefs and shape our decisions. To deny our love for having a pack of dogs. We were being ruled by FEAR and didn’t even know it.

So here’s what happened. Over the past few months, I’ve been overwhelmed by dog energy. It was like the collective canine unconscious was calling me forth. I found myself at numerous dog events, shelters and hanging out with dog trainers. The dog energy was huge and drawing me in. I even “asked the dog energy” what it wanted from me. Yeah, the whole thing was getting weird.

On Tuesday, I found myself at another shelter looking at a little female dog. She had been seized with her puppies from a very bad situation. She had lived in a shed ankle deep in feces. She was shy and defensive with humans, but great with other dogs. She cautiously approached me and then reached over and gently licked my face. Oh boy. I ran home to get my husband and Mel so they could meet her.

She loved Mel. She stood still while he sniffed her all over. Then he peed on a bush. She took off and raced all over the play area, a big grin on her face. The shelter staff said they had NEVER seen her so happy. We made arrangements to bring her home the next afternoon… But the FEAR story continues.

I heard on the radio that a huge storm was coming up the coast. Severe thunderstorms were forecast for the next two days. Oh no! How you introduce a new dog to a new space is critical and can set the tone for your relationship and its behavior. A thunderstorm is anything but peaceful, especially for Mel, and could be the worst possible time to introduce her to our home. I fretted about and finally called the shelter and asked if we could wait a couple days and pick her up on Friday. No, they are closed for the holiday. We scheduled the pick-up for Saturday.

After I hung up the phone, I checked the weather about 1,000 times. I was a freak and allowing this thunderstorm to dominate my world, direct my decisions and delay my passion. I finally realized what I was doing. I decided right then that FEAR would NOT drive my life. I wanted this dog. She wanted us. And there NEVER is a PERFECT time. I called the shelter back, and said we’d be over to pick her up that day. I decided to TRUST that NO MATTER WHAT, everything would be ok.

And you know what? A huge thunderstorm arrived about an hour after she got home and continued all night. Mel cowered in the bathtub drooling and shaking for hours in the arms of my husband. She slept peacefully in the living room on her pillow. How about that?

By pushing fear aside, I finally broke free from the limiting beliefs that had held me back. I reclaimed my independence and freedom of choice. I followed my passion and opened new possibilities. And a new world emerged. A world with our new dog. We named her Lucia, Luci for short. I think I’m in love.

Mel woke up the next morning happy and ready to go. He lives in the NOW. He doesn’t dwell on his anxiety and he’s certainly not defined by it. What a guy.

Do you have a “Luci?” Something inviting you to break the old paradigm and step up and claim what you want? Is something challenging YOUR independence in your life or business? Take a look. That’s the first step. Then make a decision. DO NOT let fear steal your dreams.